We are proud to host 2nd District resident , Dr. Kelly Lytle Hernandez for our September 2022 RJLE event. A self-described rebel, historian, and writer, Dr. Lytle Hernandez is the winner of the MacArthur Genius Fellowship, a member of the Pulitzer Prize Board of Directors, and an elected member of the American Society of Historians.

We are honored that she will join Supervisor Mitchell in conversation about her ground-breaking book, City of Inmates, which is currently the focus of our RJLE Book Club. We are honored to showcase her example as we celebrate, elevate, and facilitate the 2nd District’s innovation and leadership to overcome racism in the 21st century through this conversation.

About the Book:  City of Inmates 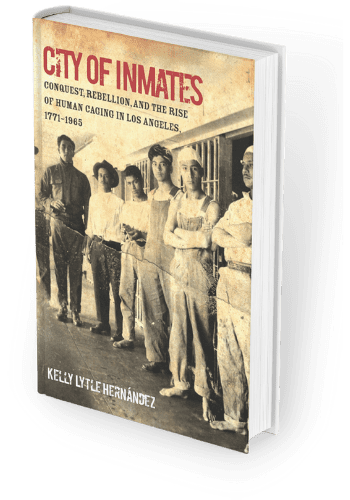 Los Angeles incarcerates more people than any other city in the US, which imprisons more people than any other nation on Earth. This book explains how the City of Angels became the capital city of the world’s leading incarcerator. Marshaling more than two centuries of evidence, historian Kelly Lytle Hernández unmasks how histories of native elimination, immigrant exclusion, and black disappearance drove the rise of incarceration in Los Angeles.

In this telling, which spans from the Spanish colonial era to the outbreak of the 1965 Watts Rebellion, Hernández documents the persistent historical bond between the racial fantasies of conquest, namely its settler colonial form, and the eliminatory capacities of incarceration.

The Second District Racial Justice Learning Exchange (RJLE) is an initiative of the Office of Supervisor Holly J. Mitchell that brings district residents, County, civic and community leaders together to learn from and celebrate our diversity, confront biases and inspire meaningful steps to eliminate structural racism.